Texts to have read:

Work to have done:

Plan for the Day

I'm going to walk us through some setup. If you're already a pro at this, including git-lfs, you can use the time to work on your audio project.

Here's the key:
DO NOT separately create a local folder and a repository online: it leads to badness.

Before we move on, let's all do that. 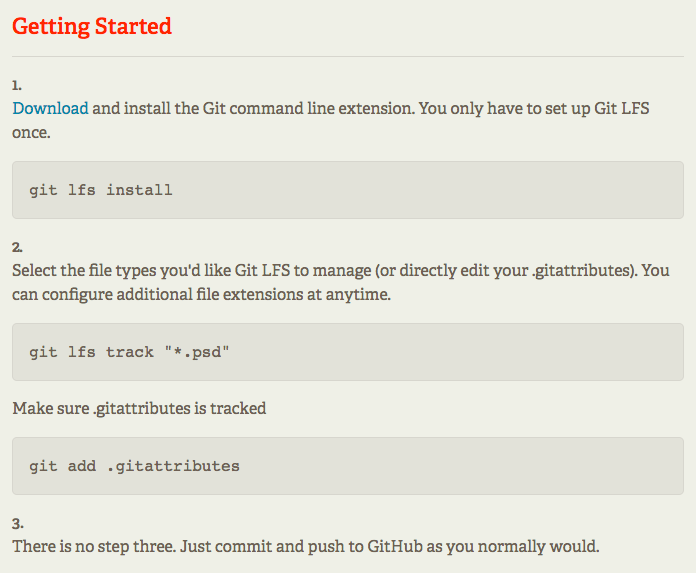 Thankfully, once you set this up via the command line, it should work pretty seamlessly with the GitHub desktop app!

NB: If you get prompted to log in over and over, try going back to the command line and, in the directory you're tracking, type this in your command line (thanks, git-lfs issue queue!):

Whew! Can we get back to audio now?

As a reward for getting through that, here's some Star Wars:

And here's that same clip, modified:

Reflections from the homework (save 20-30 min for groups!)

Let's link this to Bresland now, and what changed for you when you heard the audio. NB: Let's try to limit this to

Most of you commented on the surprise of the tone; some liked it (several used words like "seductive" or "sultry"), some didn't ("creepy", "off-putting"), but all agreed that it changed things:

Bresland's tone was sort of eerie; it made the essay so suspenseful compared to the original. (Alyssa)

His breathy tone is really alienating, like he's right next to you. It doesn't make me interested, doesn't draw my attention to content, it makes me want to turn it off. I tried to listen to this all the way through twice and failed twice.
I realize that Bresland likely intended to make us slightly uncomfortable, but I doubt he wanted us to run away from him like I wanted to. (Gabi)

the sequence in which I experienced these versions is important is because the text reading me was more open minded and willing to consider multiple reasons for Bresland's tone. I don't think I would have been able to overcome my feelings about the audio versions before reading the text, and my observations would have remained firm and been consistent when my eyes hit the page. (Gwen)

Several of you paid attention to pauses, by both Bresland and Glass:

Ira Glass [...] goes through step by step of storytelling by also building a kind of suspense. He pauses and emphasizes certain words. His tone also shows that he is fully invested into what he is saying, which makes me want to pay attention more. (Casey R)

And, just to follow up on that last comment, here's one more linking the two pieces based on storytelling and attention:

Another building block he [Glass] mentioned was to raise questions throughout the story, which I noticed in the text we read from the last line of the first paragraph when Bresland said, “She says no Parisian would be caught dead anywhere near the Eiffel Tower, and by the end of the first day I know that she’s right.” We don’t know what’s going to happen throughout the rest of the day, but this foreshadowing tells us that we will soon have some sort of answer to why this is the case, as we continue reading. (Jappmann)

Anything else we're missing in this discussion?

Use the remaining class time (less five minutes to introduce the homework) to share your ideas with your groupmates. What text might you want to re-cast as audio? What kinds of sounds or music might you layer in, for what kind of tone?

Take turns, and use active listening – that is, say back the heart of what you hear, with a ...? at the end – to open a space for your partners to clarify and expand.

Before you leave and get distracted, jot down some notes.