Overall, coming out of this class I think I have acquired many skills that I will be able to use in my future endeavors. Coming into this class, I had little to no experience with apps like GIMP, Audacity, or Atom. I think the biggest advice that I learned from this class is that if you are having trouble doing something, there will always be a YouTube video on it. This was important to me, because being completely new to something like GIMP can be kind of frustrating. When you have an idea in your head that you want to get across, but don’t know how to, can sometimes be discouraging. That being said, another good piece of advice is to give yourself time. Having enough time to work through problems, and solve them helps you learn. Something leaving the project and then coming back to it the next morning, or in a couple hours can help you to see it in a whole new light.

The areas that I believe i most improved on were my skills in GIMP, because i got to work a lot with it on my group project. I got quicker, and started to feel more comfortable doing more advanced things, without feeling like i was going to mess up my entire project. Also, working in my group project I felt as though I relied less on YouTube, and more on the skills that I have previously learned.

The project that I am most proud of is the web-slinging unit. Coming into this class, I would have never expected to know how to work with HTML to the extent that I do now. When I tell my friends that I coded my own website (even though it is very basic) they think it is really cool.

Coming into this course, I thought it was going to be completely different. I thought it was going to be strictly photo shop and creating different images to post on things like social media. I am glad that it wan’t because I got to learn a variety of skills that I can continue to improve on and use in my professional career. I liked the fact that we were able to create our own guidelines and aspirational criteria because especially in this class, I feel as though a lot of the students were at different levels of experience.

Moving forward, I want to continue to work on my skills that I have used in this class so that I can use them when I get a job. I want to do some sort of digital marketing, so I think that all of the skills that we use in this class could be very helpful in the near future.

Thanks Ben for a really informative and fun class!

The first project that we worked on in class was the visual unit. The visual unit was probably my favorite unit of the semester because I like adapting and editing pictures. I decided to make a billboard for the concert, FarmAid, that I attended in September. The original poster did not seem as though it could be adapted into a billboard, so i decided to make some changes. Since the final visual project, I have decided to make some changes for  my portfolio visual project. First, I decided to make the whole “FarmAid” black text with a yellow outline. I thought that this would make it easier to see when you were driving, as well as give the billboard a more unified look. I also changed all of the font color on the billboard to black, rather than grey. I thought that the font “Noteworthy Bold” looked more like a “concert-y” font and not as formal. 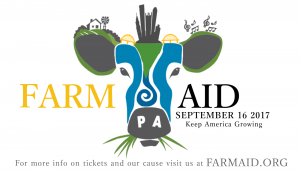 The audio unit was definitely the most challenging for me. I did not have any previous experience in Audacity, and I also was having trouble with GitHub therefore I had to more towards Box. Some of the changes that I made to my audio project was that I moved the background music to the beginning and the end, to create more of a podcast feel. I also, made basketball sounds in the background, rather than the music all the way through. I think that this was a good suggestion, and really helps to understand what I am saying more. I tried to tone down the “boos” and “claps” by slowing them down and making them quieter. Hopefully this takes away the shriek factor. This time when I was editing, I listened with headphones. This helped me really gage on what my audio file truly sounded like. 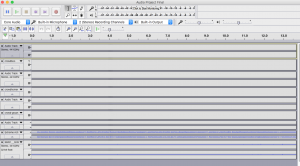 The only real changes that I made in the web-slinging unit, has to do with the css code. Rather than make my website title H1,H2, and H3, I combined it into one header, using breaks. This makes the HTML look way more organized and make more sense. Also, I decided to switch my image, because like you stated my original one was just found on google images. This one I am allowed to use by creative commons. 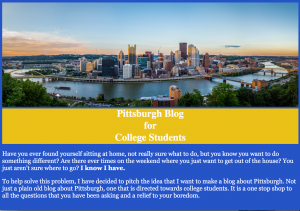 I really enjoyed working with my team for the collaborative project, I posted my reflection on our groups Github page. I got to work more with GIMP, which I was happy about because it was a skill that I really wanted to master while I was in this class. I also liked learning how to schedule tweets, and Facebook posts. We did not make any changes to our final project. 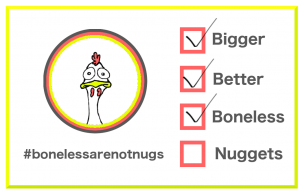